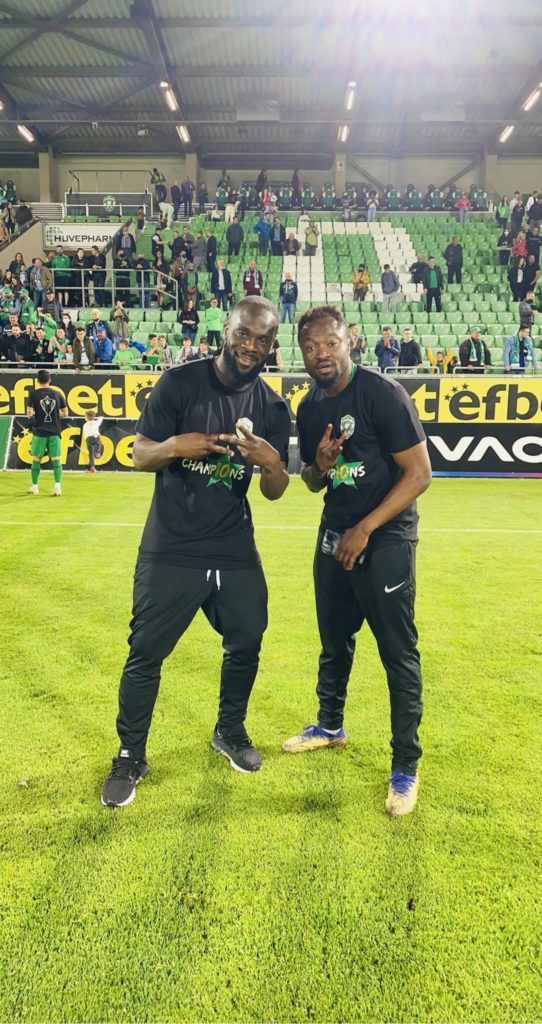 Ludogorets wrapped up the Bulgarian championship title with four games to spare following a 3-1 victory against Beroe on Tuesday.

The Green and Whites had garnered 64 points prior to the game against Beroe at the Huvepharma Arena.

He lasted 69 minutes to help the side pick the victory on Tuesday.

“I will give thanks to God because through him things have been successful for me. When I arrived at the club, things weren’t easy but God being so good we have won the league though we have about four games to finish the season”

Reacting to his contribution towards the success of the club, he said, “I can be proud of myself because together with my teammates we have been able to make it”

Tekpetey has played 31 times in all competitions, scoring 1 goal and adding 8 assists to his credit.