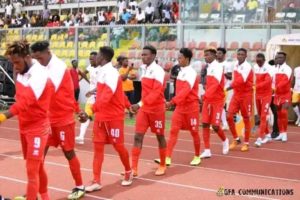 The Porcupine Warriors will take on the Nsoatre-based side at the Baba Yara Sports Stadium on Wednesday afternoon.

The match was postponed due to Kotoko’s involvement in Caf Champions League.

Kotoko will be hoping to secure their first win of the season following their 1-1 draw with rivals Hearts of Oak last Sunday in the matchday 3 fixtures.

Below is the Asante Kotoko 20-man squad list for the Nsoatreman FC game.