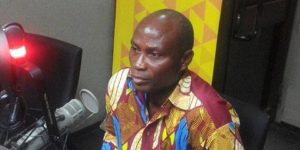 Former Hearts of Oak team manager, W.O Tandoh is chasing the club to pay him his six months unpaid salary.

Speaking to Happy FM in an interview, the Aduana Stars assistant coach said the club must pay him his money.

“Hearts of Oak owes me 6 months salary and they must pay. And, they also have to pay Samuel Boadu,” W.O Tandoh shared.

Before leaving his role as Hearts of Oak team manager last season he had a falling out with board member Alhaji Akambi.

While he appears to still have something against the board member, W.O Tandoh says he expects  Hearts of Oak’s new technical director Erik van der Meer to lose the first five matches he will take charge of.

“The new Coach (Erik van der Meer) will lose the next 5 league games. Once that happens, he must also be fired,” the tactician and physical trainer said.